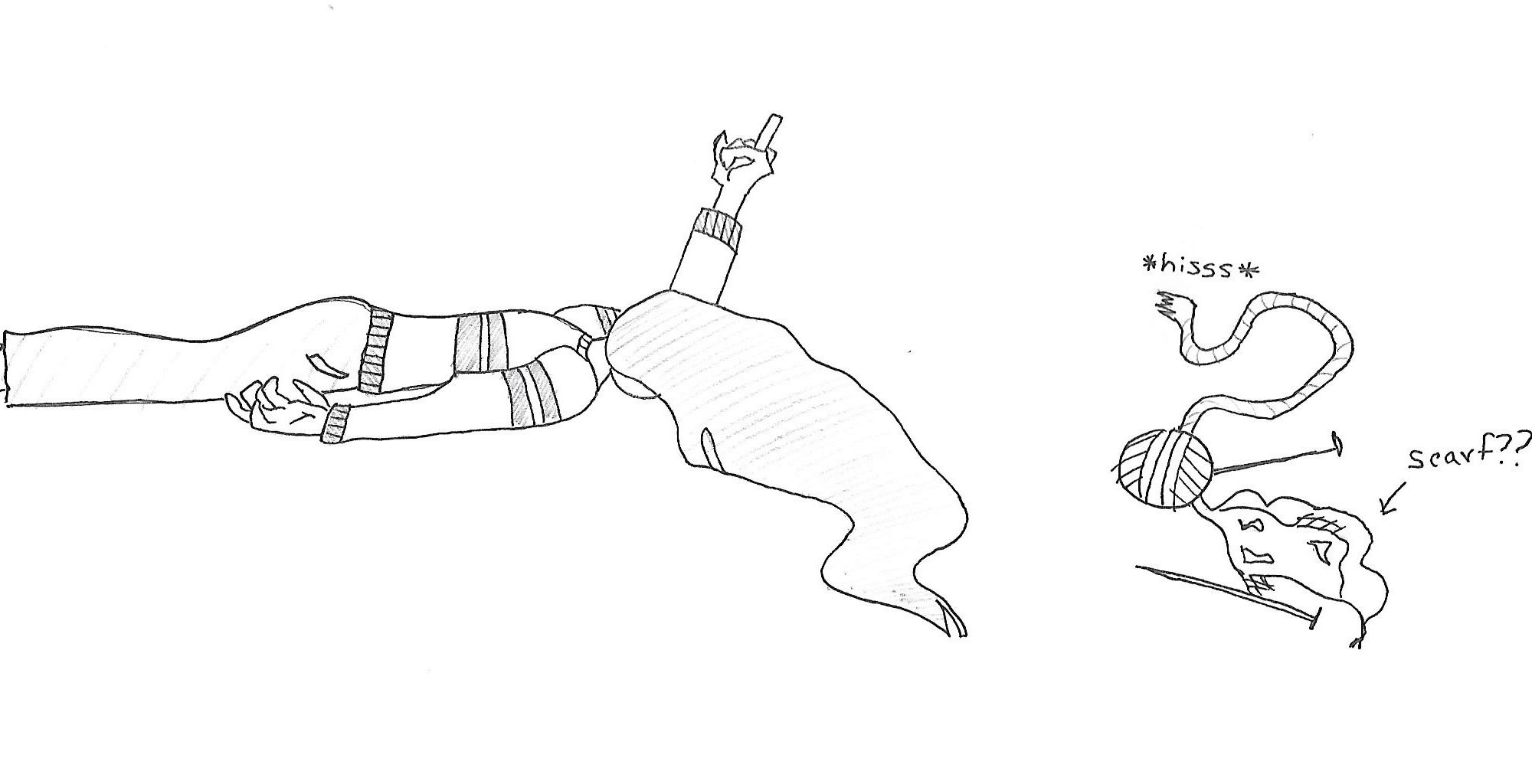 I’ll level with you–it was a shit day. It was so shit that I tried knitting again, because even crocheting was making me feel shit. And I hate knitting. I ended up throwing the knitting and flipping it off, and I’m pretty sure it flipped me off back. Then I drew a knitting comic, and that made me feel better.

I woke up ready to fight, and I decided to fight my yarn. Maybe I was overcome with hubris? Maybe I hate myself? Who knows why I thought I should try to do goddamn anything with a pair of chopsticks instead of a hook. Hooks make sense. A hook is a thing I can use to make a loop and pull that loop through another loop. Why would anyone try to do this with sticks?

Why would these two sticks need to hold all of the stitches at the same time? How come it make holes when a stitch falls off? Why do I need to do different stitches in different rows to make it look like knitting? DOES ANYONE KNOW? WHY DOES ANYONE DO THIS AS A HOBBY???

I knew today was going to be a fight. My cat threw up on my nativity set. Who does that? Did my cat mean it to be a gift for the baby Jesus? Oh Glory Hallelujah, the three wise men have brought for the newborn Lord Frankincense, Myrrh, and half-digested Friskies.

Then my insurance company decided to kick me in the ovaries by de-credentialing my doctor. Thanks for that. I still wasn’t ready to throw in the towel–I heated up some chili and put on some Christmas music and was ready to drag my holly jolly ass into the Christmas spirit if it killed me. And I thought, why not pick up some knitting needles and try to make a tiny scarf? What the fuck is more Christmas-y than knitting in a rocking chair and sipping cocoa? Nothing, that’s what, except for maybe swearing like a trucker who stubbed his toe and cursing out the sheep that provided the godforsaken wool I was trying to wrangle.

One Reply to “I tried knitting again.”