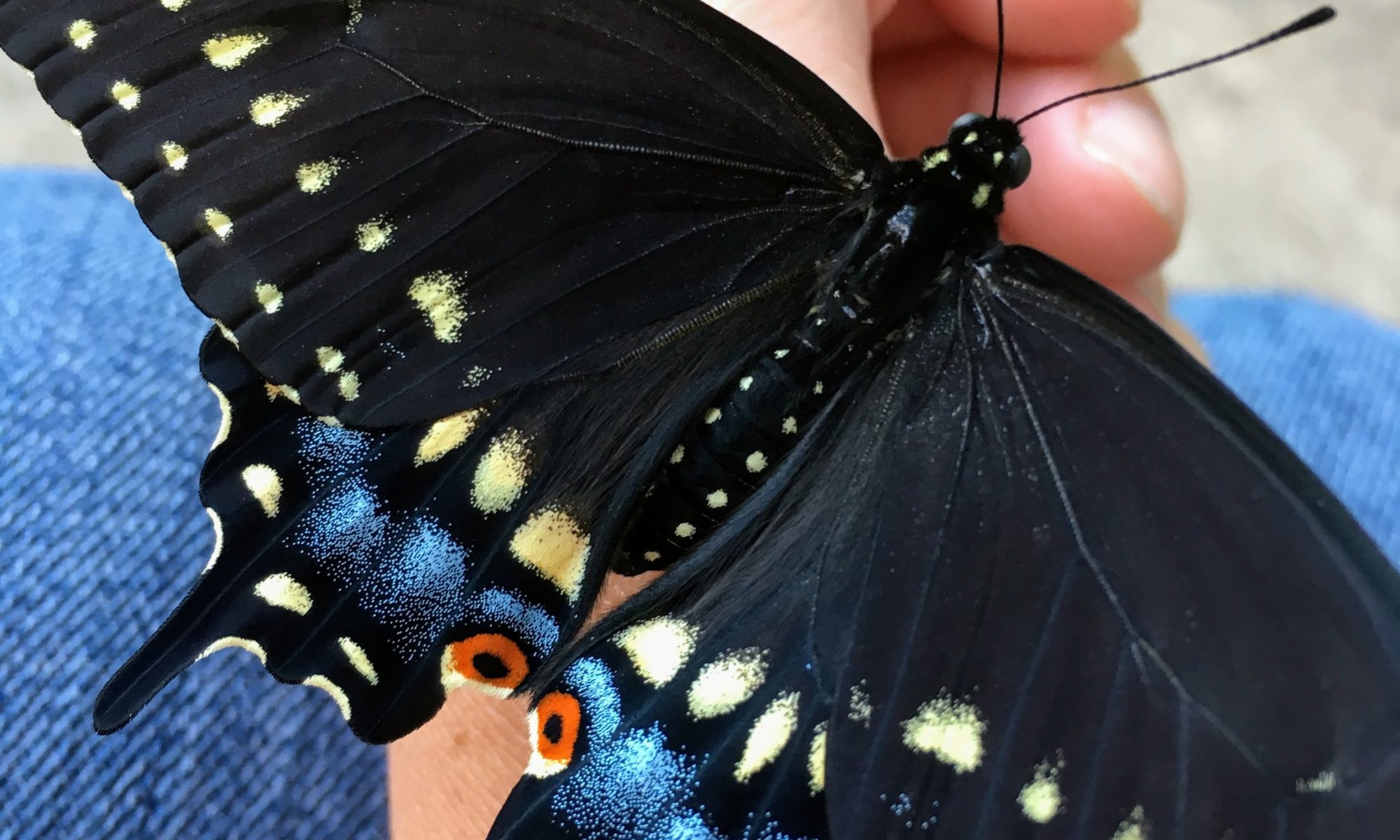 The Black Swallowtail is Swallow(tail)ing My Life

I’d like to share with you a mild obsession with which I am currently spending a ridiculous amount of my time and grocery budget. This new hobby is raising black swallowtail caterpillars.

I started last summer, right after I got back from my honeymoon, when I noticed that my parsley plant was half missing. I assumed rabbits or deer were getting bold enough to come up onto my stoop, because the parsley was being reduced to stems overnight. Imagine my surprise when, instead, I find two fat little caterpillars.

Instead of leaving them outside to let nature take its course, I stuck them in a jar, because I am apparently five years old. I thought they might be monarchs because of the bright green color, but I apparently do not remember at all what a monarch caterpillar looks like. Five minutes of Googling told me that they were actually Eastern Black Swallowtail larva. (Or, ‘caterpillars’ for you non-weekend-entomologists like me.) I recommend this resource if you find yourself with a caterpillar and feel compelled to help it fend off death.

I learned very quickly that the caterpillars I adopted were at the stage of their development where they eat parsley like the world is about to end. You guys, these things love parsley more than I will ever love anything in my entire life. I mean, they were preparing to tether themselves to a stick and turn into a soup just hoping they would wake up as a butterfly and not a bird snack, so maybe that’s fair. But I ran out of parsley very quickly.

I made my husband drive me to the store at 10 pm to buy organic parsley. It had to be organic because the regular kind might have residues of pesticides on it, and I was currently trying to help the pests win the war against the American farmer. My bugs were now eating better produce than I feed my family, and this was potentially a low point for me. But lower points were yet to come.

The Anticipation of Watching Bug Soup

When black swallowtail caterpillars get ready to pupate, they spin themselves a little tether out of silk and anchor themselves to a twig to wait out their awkward adolescence. They look just like little contractors climbing a Verizon cell tower. During this chrysalis phase, the caterpillar inside literally turns into soup. Somehow, this goo rearranges itself into a goddamn butterfly, and that is a goddamn miracle.

I had a nice time hanging out on my porch while the butterfly dried out its wings while perched on my finger. When it was ready to leave and flapped away for the first time, I fucking cried. I felt like I had just watched my kid leave for college. I wasn’t really wrong, in that my black swallowtail was off to sip nectar like it was going out of style and find herself some sexy man butterfly ass.

Imagine my wonderment, my sense of awe at the beauty and majesty of the perfection of creation, when I saw a black swallowtail return to my stoop a few days later, and lay eggs on my parsley plant.

It was a miracle. It was magical. I was up to my elbows in fucking caterpillars.

I never bothered removing all 32 of these guys from the host plant, but just brought the whole damn thing into the kitchen. Thing were going well and they were growing like little weeds, until they reached that time in a young caterpillar’s life when thoughts turn to wandering in search of a place to pupate. Having 32 black swallowtail caterpillars crawling all over his kitchen is I think to this day the closest my husband has ever come to asking for a divorce.

Putting them back outside to let them pupate in the wild was an act of faith and relinquishing of control, a Jesus Take the Wheel moment if you will. At least that’s what my therapist told me. All I know is that I watched the local cardinal population treat my precious little babies like parsley flavored Fruit Gushers while they were helpless and waiting to turn into butterflies.

So, after that experience in existential horror and trauma, I thought my black swallowtail raising days were over… until this year. 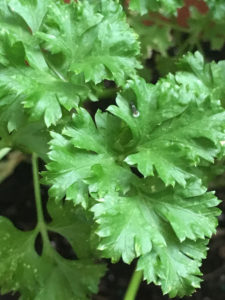 That is a baby black swallowtail caterpillar emerging from its egg. 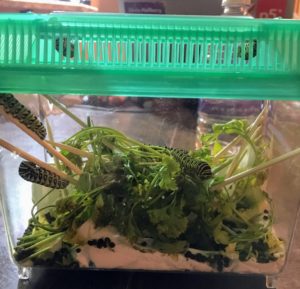 This is six black swallowtail caterpillars taking residence in my house and eating the only organic produce that I have ever bothered to buy. 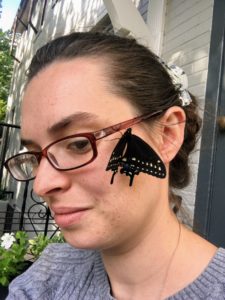 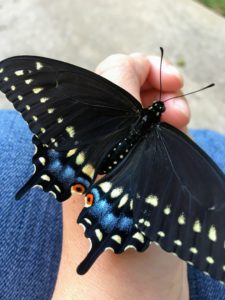 And that is a black swallowtail chilling on my face. Raising butterflies is awesome, you guys.

6 Replies to “I am Drowning in Black Swallowtail Caterpillars”